What is Cardano blockchain? It’s a project built from scratch and on its source code. Output Hong Kong (IOHK) – a technology company founded by Charles Hoskinson, who previously worked on the development of Ethereum – stands behind the creation of the Cardano network, officially launched in September 2017.

Cardano, like Ethereum, is more than just a cryptocurrency. As the network’s creators point out, their goal was to create a comprehensive all-in-one platform that would serve smart contracts, decentralized applications (dApps) and tokens distributed during ICOs, among other things.

The network is a direct competitor to Ethereum – for some time it was even called the “ETH slayer”. The platform was named after the Italian mathematician, inventor, physician, and astrologer who lived in the 16th century. – Girolamo Cardano.

It’s also worth paying attention to the exceptional plan for the development of the network. The names of subsequent projects refer to famous writers and poets.

For example, Byron, a project aimed at increasing the degree of decentralization of the platform, honors George Byron, whereas two of the latest works, named Basho (Japanese poet) and Voltaire (French writer and philosopher), focus on increasing the scalability of the network and enhancing its security.

The potential of the Cardano blockchain

Described as a third-generation blockchain, Cardano aims to solve the problems typical of Bitcoin and Ethereum – high transaction fees and long execution times.

With the Proof-of-Stake consensus, there is no digging process. Instead, slot leaders are responsible for approving transactions and adding new transaction blocks. These are individuals who have a sufficiently large amount of staked funds. Each holder of ADA cryptocurrency has the right to vote for slot leaders, who play a similar role to miners in Proof-of-Work networks. 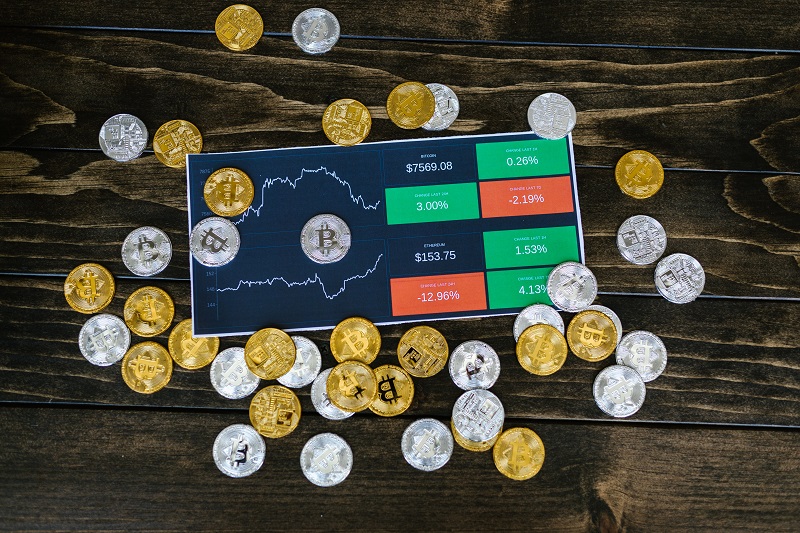 Since you know the answer to the question “what is Cardano blockchain?”, it’s time to talk about its layers – the Cardano Settlement Layer (CSL) and the Cardano Computational Layer (CCL).

The CSL layer is responsible for executing and recording transactions on the blockchain. The CCL layer, in turn, is the smart contract layer that manages automated transactions. The independence of the two networks – clearing and computing, is supposed to ensure easier debugging and updates.

ADA is the native cryptocurrency for the Cardano network. Its name references Ada Lovelace, a 19th-century British mathematician considered the first female programmer (and programmer in general) in the world history. On the other hand, Lovelace is one-millionth of the ADA cryptocurrency, representing its smallest unit.

ADA is an altcoin, or alternative cryptocurrency to Bitcoin, with a sizeable limited supply of 45 billion units, more than 70% of which are already in market circulation.

What is the current price of Cardano (ADA)?

Wondering what is the current price of Cardano? Its native currency, ADA, debuted on the crypto market at $0.02. It saw its most significant gains in 2021 – in the first quarter, the price of ADA jumped almost 700%, setting a new record at $1.43 and reaching a market capitalization of more than $45 billion. Cardano reached its ATH of $3.10 in September. Shortly after that, the asset’s price dropped to the vicinity of $2.10.

Currently, Cardano currency ranks as the sixth-largest cryptocurrency in the world. However, its increases are not so spectacular compared to Bitcoin or Ethereum. According to experts, by 2050 ADA may even reach $20, representing an increase of 1100% over the current price of the cryptocurrency.

Where to buy Cardano?

Cardano blockchain, as one of the still-new cryptocurrencies, is gaining increasing popularity.

If you are wondering where to buy it, Cardano is currently available on more than a dozen cryptocurrency exchanges, including major ones such as Binance, Huobi and Bittrex.

Want to learn how to invest in cryptocurrencies? Check out our blog!