What are tokens? Learn the token definition

A token can be defined as a digital unit that represents a specific value. Thus, it is a unit of value that is created by an entity to self-manage its business model. Depending on the functions performed, we can distinguish three basic types of tokens: utility, payment and security tokens.

Tokens can thus provide a method of financing a given project. They also enable significant integration of users into the project and facilitate distribution. 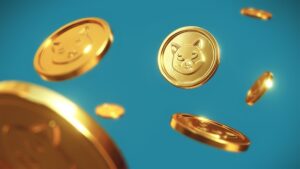 Cryptocurrencies vs tokens - are they the same thing?

It is worth noting that although a token is often confused with a cryptocurrency, it is not identical to it. In comparative terms, it should be noted that we can see the differences between the definition of a token and a cryptocurrency already at the stage of how both tools are constructed. For example, the token depends on some currency (often ETFs), while cryptocurrency is based on blockchain technology.

Today, however, the token can also be used to pay for work or to transfer data. In the world of cryptocurrencies, a token is a unit of value created to manage a business model on its own. The token connects users of the network with its products. It also facilitates the distribution of goods, sharing rewards (reward) and other benefits of the blockchain.