What is Ether? Definition

Although they have been with us for a relatively short time, Cryptocurrencies- or virtual coins- have managed to strongly mark their position and mix in the environment of new technologies. One of the most popular decentralized platforms based on open-source software, which uses blockchain technology, is Ethereum.

Ether (ETH) - is the name of the cryptocurrency inside the Ethereum network, using it to carry out all transactions between platform users. Its operation is similar to Bitcoin - it represents a virtual currency with speculative value. For the average investor, Ether cryptocurrency is interchangeably called Ethereum, the network's full name. 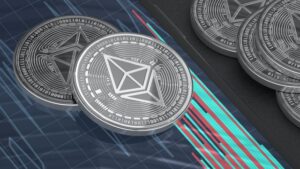 Ether crypto, like Bitcoin, is not controlled by any financial authority, so its value or price is not tied to stocks, real estate or currencies. Instead, Ether's value is determined in the open market based on existing buying and selling operations at the time, so its price can fluctuate in real-time. Significantly, Ether is not limited. Hence its price is lower than Bitcoin.

What influences the popularity of Ether?

Financial tools, games and complex databases are already running on the Ethereum blockchain. The possibilities for its future use are limited only by the imagination of developers. All this means that interest in the Ether cryptocurrency is not waning. Ether works similarly to Bitcoin in terms of how it sends, receives or stores value. But it also has a specific role in the Ethereum network. As users pay fees to execute smart contracts in Ether, you can think of this cryptocurrency as the fuel that guarantees the entire system's operation.