Ethereum - what is it?

Crypto Ethereum is the second most prominent cryptocurrency in the world after Bitcoin. At the same time, it is the most popular of the so-called altcoins. It is also worth knowing that Ethereum is an open-source, decentralized platform that is based on distributed blockchain technology.

Ethereum has its cryptocurrency, Ether, abbreviated as ETH. Its smaller units are Finney, Shabo, Shannon, Babbage, Lovelace and the smallest among them - Wei. Each of these has a value of 0.001 (one-thousandth) of the higher denomination unit. 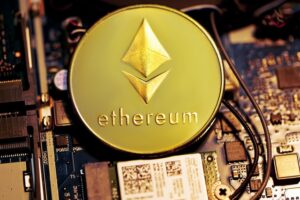 Crypto Ethereum - why is it so popular?

Ethereum, for some time referred to as Bitcoin 2.0, is more than a direct alternative to the "king of cryptocurrencies". What is Ethereum? It is not only the second-largest cryptocurrency but also an ever-expanding developer platform based on blockchain technology that offers a wide range of possibilities. For example, it can be used primarily to create decentralized applications (dApps), conclude so-called smart contracts or implement crowdfunding projects.

That is not all. Ethereum crypto also gives the possibility to create tokens, which can serve as a means of exchange. A groundbreaking application of Ethereum cryptocurrency is stablecoins. This type of virtual currency was designed to provide a stable rate against fiat currencies such as the US dollar or the euro. The most popular stablecoins running on the Ethereum platform include DAI and USDT (Tether).